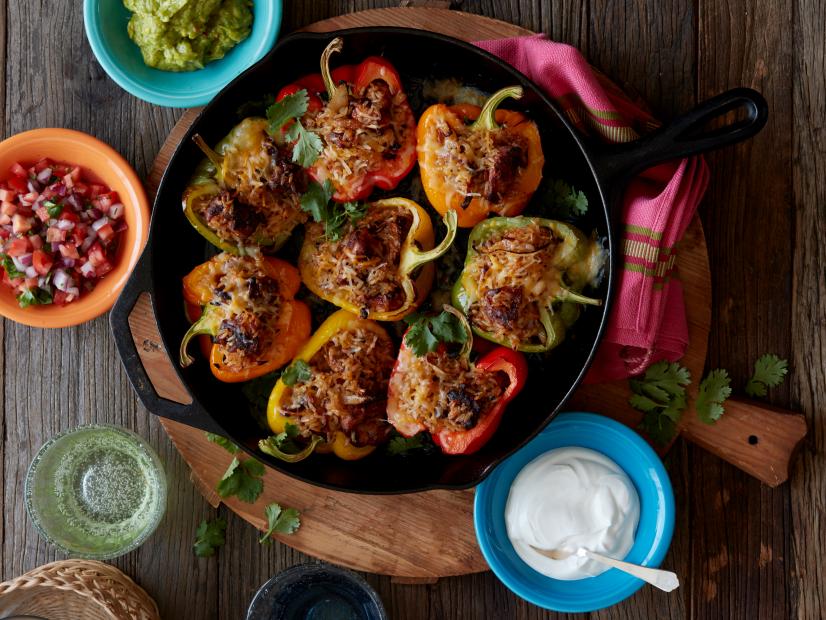 Preheat the oven to 450 degrees F.

Combine the chicken, chili powder, cumin, 1/2 teaspoon salt and several grinds of pepper in a large bowl and toss to coat.

Heat 1 tablespoon of the oil in a large cast-iron skillet over medium-high heat until it just begins to smoke. Add the chicken and cook, undisturbed, until it just starts to brown in spots, about 2 minutes. Add the onions and cook, stirring often, until tender, about 3 minutes more.

Transfer the chicken and onion mixture to another large bowl and rinse and dry the skillet. Add the rice, 1/2 cup of the cheese, half the lime juice, 3/4 teaspoon salt and few grinds of pepper to the chicken and toss to combine. Divide the filling among the peppers.

Drizzle the remaining lime juice over the peppers and top with the cilantro leaves. Serve with the sour cream, guacamole and pico de gallo if desired.